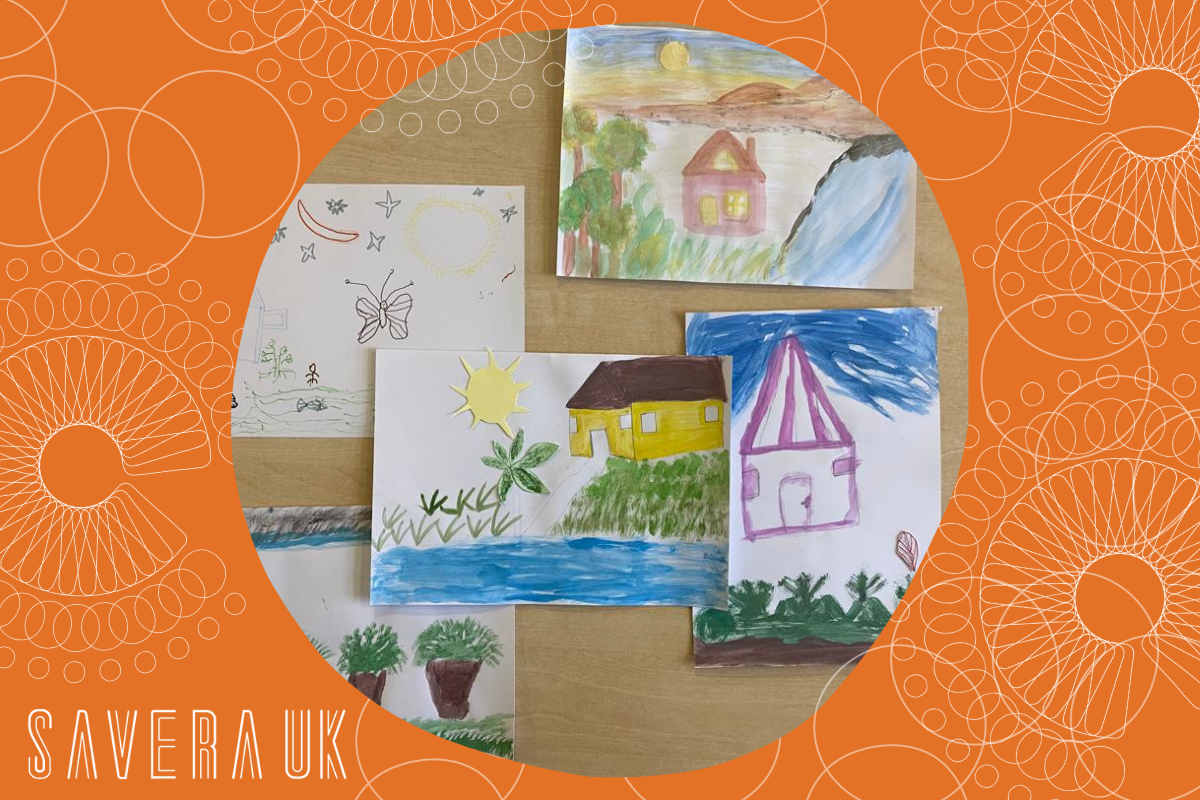 Over the last three weeks Savera UK clients have been taking part in sessions on ‘Embodied Healing’. The sessions have been delivered by one of our student placements, Aleesha, who is studying a masters in psychotherapy.

‘Embodied Healing’ incorporates a number of techniques, including guided meditation and breathing exercises, to help alleviate the physical impact trauma can have on the body. Aleesha said: “When people experience trauma it’s really held in the body and their nervous system is at the whim of that response. The specific breathing techniques I’m teaching are a type of trauma release and that’s a type of therapy as well.”

The sessions take part in six separate sessions, and involve clients focusing on different breathing techniques. Aleesha practiced with the clients the ‘box technique’ and ‘pranayama’, which she explains are ayurvedic, meaning originating from Indian medicine. She said: “I’m teaching very specific breathing that activates the vagus nerve.”

In the most recent session, Savera UK clients were invited to visualise and draw their version of a safe space. Aleesha said: “We’re building a sense of safe-space imagery so by the end of the programme they have a very easy image to go to in their minds that is sensorial.

“The overall objective is to teach a few skills they can use, provide tools for their tool belt that will allow them to care for and advocate for themselves.”

She said: “[Last week] we did a trauma therapy activity, where people were in pairs and I said ‘show your person a movement that shows how you’re feeling’. One did a position like they were sleeping. I then asked ‘have your partner show us how you feel’. One woman said: ‘I’m realising that when I’m looking I see sleepiness, for her it might mean sadness or exasperation. It shows me it takes time to listen to someone.’”

Aleesha, from Singapore, recently moved to the UK to study for her masters degree, having worked with trauma victims in different settings for two years. Most recently she worked on trauma-informed workshops for survivors.

As well as leading trauma workshops and sessions, Aleesha has undertaken research and helped inform policy, contributing to Singapore’s first ever gender equality review. She said: “I was a researcher for sexual violence across institutes in Higher Education. On the ground work is very important to me but I’m conscious it needs to be both [policy and frontline work].”

Aleesha said her background in policy work means she is “constantly adapting” and “recognising that needs could be assumed, but it’s really dependent on the person”.

Discussing her student placement, Aleesha said she knew it was the “perfect” organisation for her to be involved with. She said: “I used to work with marginalised communities, victims of sexual violence and women of colour and this [placement at Savera UK] gave me the opportunity to do both.”

Aleesha explained she has continued to adapt the sessions based on the response from clients. She said: “I feel like this was the best session.”

She added: “Merfat [a Savera UK support worker] is the best human, she’s so, so supportive. She has really let me take my time and make mistakes. I’m just learning sometimes the simple things have a lot of value.”

Speaking about the clients, Aleesha said: “I have seen the way they hold each other, speak to each other. Women of colour, they bond together. It has been very beautiful to just be around it.”