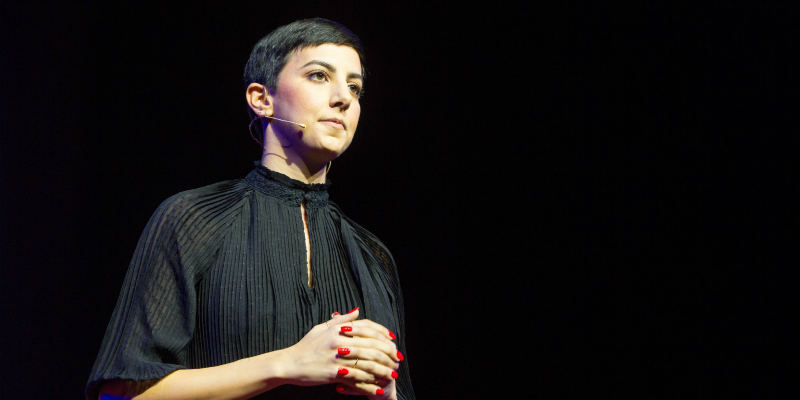 Savera UK welcomes the news that the minimum age of marriage will be raised from 16 to 18 in England and Wales.

Savera UK ambassador and forced marriage survivor, Payzee Mahmod, has been instrumental in bringing the law to Parliament by tirelessly campaigning alongside organisations including IKWRO.

Payzee’s sister, Banaz, was forced into marriage when she was aged 16. Banaz was the victim of an ‘honour’-killing after ending the violent and abusive marriage.

Ahead of the Bill passing its third reading, Payzee wrote: “Struggling to put in to words what this means. I feel so many emotions. This is real life change.

“This is for me, for Banaz, for any child impacted by child marriage.

“Today tears of joy roll down my face because I know what this means for girls like me.”

Under the new law children will not be penalised, but adults found to be facilitating the marriage could face up to a seven year jail sentence and a fine.

The law will also apply to marriages which are not registered with the local council.

“This law has the potential to change the lives of thousands of girls for the better and it’s encouraging to see the impact one campaign can have on an entire country.

“At Savera UK, we continue to provide support for those at risk of, and survivors of, forced and child marriage, so this law will have a very real impact on our work.

“We continue to encourage young girls to talk to someone if they fear they are at risk of forced marriage.”

Savera UK welcomes news of the UK Parliament stepping closer to introducing legislation that would end all child marriages.

On Friday, 19th December, the second reading in the House of Commons of the Marriage and Civil Partnership (Minimum Age) Bill was supported by both the government and opposition benches.

Savera UK survivor ambassador, Payzee Mahmod, has campaigned tirelessly alongside organisations IKWRO and Karma Nirvana to bring this bill before the government and we applaud their efforts to advocate change.

Savera UK founder and CEO, Afrah Qassim, said: “On Friday we moved one step closer to ending child marriage in England and Wales.

“The Bill will not only raise the minimum age of marriage and civil partnership in England and Wales from 16 to 18, but it will also criminalise all marriages involving a child, including religious marriages which are not formally registered.

“We celebrate and welcome these life-saving and transformative changes, which will help organisations like Savera UK hold perpetrators of these practices to account, support survivors and give them back the opportunities and choices that child marriage often cruelly strips from them.

“Along with Karma Nirvana, IKWRO and campaigners like our survivor ambassador Payzee Mahmod, we will continue to support and advocate for those at risk of child marriage and work to eradicate the practice globally.” 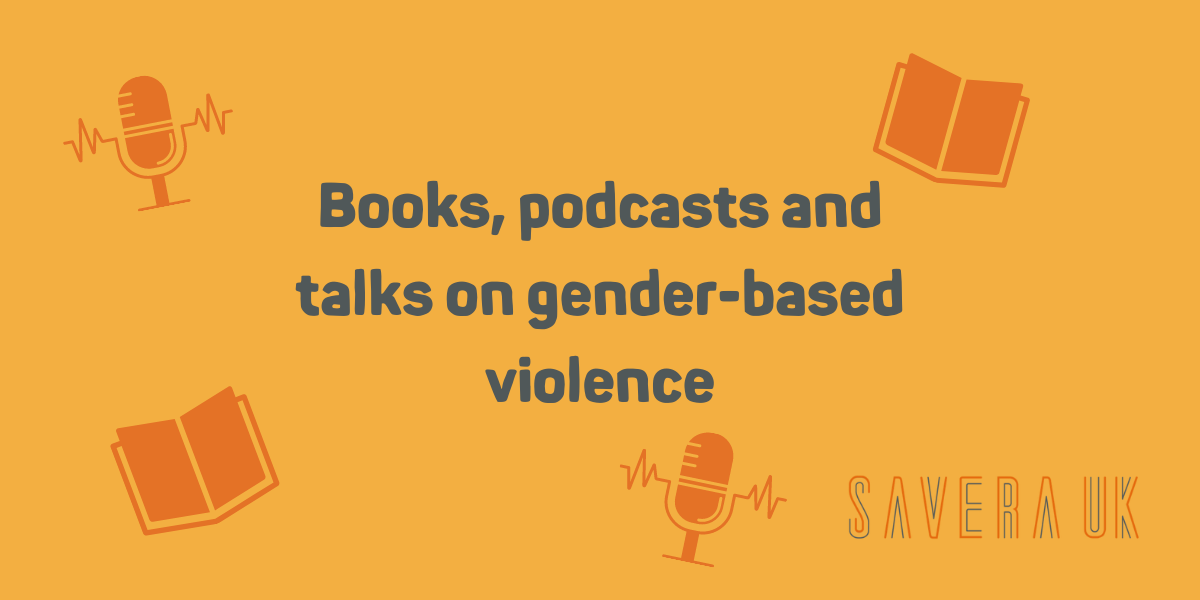 As part of Orange The World 2021, Savera UK is joining forces with Zonta Club London for 16 days of activism.

We want to rally people to take action to ensure our towns, cities and homes are safe spaces where everyone can live without fear of violence, abuse or harassment. There is no excuse for abuse.

Throughout the 16 days, we’ll be using themes to represent ways in which we can all become better activists, and on Day 13 we’re encouraging you to discuss important resources with your community.

To help aid these discussions, Savera UK and Zonta Club London have included a list of great resources you can start with below.

The War on Women by Sue Lloyd-Roberts

This memoir was written by multi-award-winning journalist Sue Lloyd-Roberts, whose career spanned four decades. Each chapter explores the lives of women living in different and the atrocities they face. In the book Sue, who died shortly after writing it, explores Ireland, Egypt and Saudi Arabia, covering topics including FGM and forced marriage.

Savera UK support worker Emma said: “I found it a really useful snapshot into how far women have come but more importantly, the journey many countries and communities need to make. It was very well-written, easy to follow and gave a good brief insight into different ways women are oppressed.”

The Prosecutor by Nazir Afzal

This book by Savera UK patron Nazir Afzal OBE offers readers a look into the workings of the criminal justice system and his experience of prosecuting complex and harrowing cases. Nazir is the former Chief Prosecutor for North West England and an expert in de-radicalisation. He campaigns on issues around child sexual exploitation and gender-based violence. His book is described as a “searing insight into the justice system and a powerful story of one man’s pursuit of the truth”.

On Violence and Violence Against Women by Jacqueline Rose

Another recommendation from Zonta Club London is On Violence and Violence Against Women by Jacqueline Rose which asks ‘Why has violence, and especially gender-based violence become so much more prominent and visible across the world?’ The book tracks the multiple forms of today’s violence – historic and intimate, public and private – as they spread throughout our social fabric, offering a new, provocative account of violence in our time.

See What You Made Me Do by Jess Hill

Dianne from Zonta Club London also recommends picking up this book by investigative journalist Jess Hill, who is seeking to change the question from ‘Why doesn’t she leave?’ to ‘Why does he do it?’ In the book, she unpacks power, control and domestic violence while putting perpetrators of domestic violence and abuse in the spotlight.

Gypsy Boy is a memoir by Mikey Walsh, who grew up in the culture of Romany Gypsies. This book, recommended by Savera UK support worker Emma, explores gender roles and expectations and ‘honour’-based abuse. It also covers the perception of sexuality being detrimental to one’s ‘honour’.

In this podcast host Jim Nixon, a community safety professional and former police officer, interviews various guests and discusses ways in which communities can be made safer. In one episode, recommended by Savera UK support worker Emma, he speaks with Caroline Goode, a former Detective Superintendent of the Metropolitan Police who worked on the investigation into the ‘honour’-killing of Banaz Mahmod.

In the episode, which lasts for one hour and a half, Caroline discusses the police failures in the case and what efforts she personally made to see justice brought.

This two-part series portrays the investigation into the murder of Banaz Mahmod, who was the victim of an ‘honour’-killing. Keeley Hawes plays DCI Caroline Goode (mentioned above) and the series offers an insight into the complex nature of ‘honour’ killings. You can watch this on ITV Hub here.

‘A Survivor’s Plea to End Child Marriage’ by Payzee Mahmod

Sister of ‘honour’-killing victim Banaz Mahmod and Savera UK Ambassador, Payzee Mahmod delivers a powerful TED talk in which she explains her own experience of child marriage at the age of just 16.

Payzee details the tragic marriage, which prompted her to self-harm, and her small acts of rebellion in efforts to escape before her divorce at the age of 18, which she underwent while arranging her sister’s funeral.

You can watch the TED Talk in full here.

Unorthodox is a series on Netflix which examines the intricacies of forced marriage and gender roles in the Hasidic Jewish community through the eyes of an Orthodox Jewish woman who flees to start a new life abroad.

Savera UK support worker Emma said: “I think this is very important because it shows HBA in a community that most people wouldn’t affiliate it with so it offers a counter-narrative.

“I find counter-narratives important to prevent prejudice and racist narratives as people often associate HBA with specific cultures when it actually transcends many different communities in different ways.”

‘Empower a girl, transform a community’ by Kakenya Ntaiya

This TED talk sees Kakenya discuss her work empowering vulnerable girls to bring an end to harmful traditional practices in Kenya. You can watch the talk in full here.

In this 10 minute TED Talk Howard Taylor discusses the huge numbers of children who experience violence at home, at school, online or in their communities. Taylor talks about why we have an unprecedented opportunity to end this violence and create a better future for every child. Watch the TED talk here.

Both Savera UK and Zonta Club London recommend taking a look at various pieces of work by Jasvinder Sanghera, an ‘honour’-based abuse and forced marriage survivor and campaigner.

The first is Shame, a true story in which Jasvinder, founder of charity Karma Nirvana, explains her experience of ‘honour’-based abuse. When she was fourteen her parents told her she would be married and when she refused they disowned her. This autobiography is the story of what happened after she ran away from home to escape from a world where ‘honour’ was paramount.

Savera UK support worker Emma said: “It’s interesting because the perpetrator is her mother so it offers a narrative that many people wouldn’t expect.”

We would love to hear the resources you have come across, send them to @SaveraUK on social media and we may include them here.