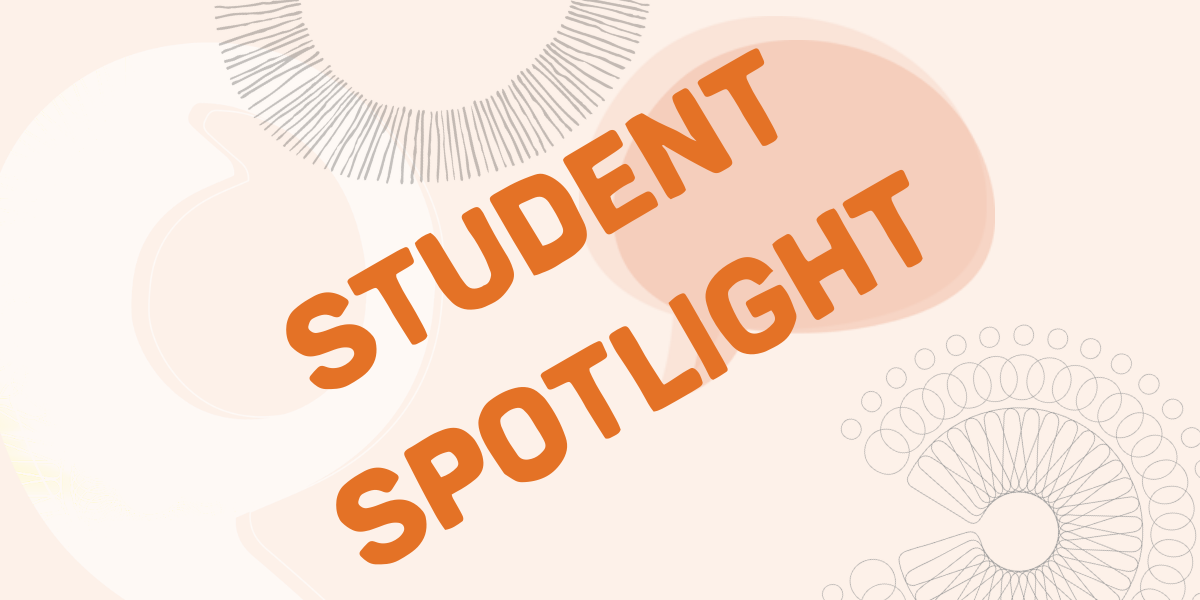 Savera UK regularly welcomes student placements to the team so they can learn about what we do, how our team operates and the work involved in advocating for those at risk of ‘honour’-based abuse and other harmful practices.

Social Work student Jennifer, from Wolverhampton, has been on placement with us since the end of September from Edge Hill University, and as her time at Savera UK comes to an end we sat down to find out how she got on.

How did you first hear about Savera UK?

At university just before the summer we had a couple of days where we spoke to some of the services we could do placements with. I remember Savera UK being one of them. Afrah [Qassim, Savera UK founder and CEO] gave a presentation on ‘honour’-based abuse (HBA). I didn’t really understand it fully but it sounded so interesting to learn about. Then, when I got told I was at Savera UK I thought ‘This is great, I feel like I’ll learn loads’.

I’ve worked with the clients in face-to-face appointments, in drop in sessions and welfare calls to check how they are and ask if they need anything else. I’ve done applications for Smallwoods Trust Grants and I’ve done risk assessments. I’ve also presented in multi-agency meetings. There’s been so many different things, it’s been great.

Of all your tasks, which has been your favourite?

I think organising the Christmas party and the drop in sessions for clients have been my favourite part. It was something similar to what I’ve done before and I knew it would have such a great impact I could physically see. When the clients came in I could see how happy it made them. Clients texted in afterwards and were like ‘I’m really thankful for the party and I hope you all have the best Christmas and New Year’. They were really grateful for the gifts and for the fact we put in so much time and effort to provide this for them. It was so nice, it was really heart-warming to know that I’d achieved something that had made them feel so happy.

What were some of the more challenging aspects of the role?

Working with other agencies, I think that would probably be the most challenging. HBA referrals usually require immediate action but a lack of understanding about the risks involved can mean that speed and communication is not always where we’d like it to be.

What can be done to help with those difficulties?

Improving general communication between all parties so everything is shared and helping to educate agencies on the specific risks and protocols around HBA and other harmful practices.

What has been aspect of the role that has surprised you the most?

The range of different experiences clients have had is what surprised me because even though they’re categorised into different areas they have been through so many different things, it’s kind of worrying to see how many different ways ‘honour’-based abuse (HBA) can be perpetrated.

Did your placement at Savera UK live up to the expectations you had before starting?

It did live up to it. I was really excited to learn and knew it would be such an opportunity, then coming here I’ve learnt loads and I’ve built so many skills and developed so much as a person and as a professional. I think it has really lived up to the expectations.

What will be your main takeaway following your placement with us?

What do you think is the biggest challenge for charities supporting those at risk of harmful practices?

Probably the fact not everyone is educated around it. A limited amount of people that actually know about what they are and how to stop them and so it makes it then more difficult for the services to argue that it is HBA or a harmful practice, because then other people don’t understand it, and because other people don’t understand it they then don’t want to accept it.

How can this be overcome?

With more education and awareness. Spreading that not just with professionals but with everyone. That will really help to share the message and to share the information that’s needed for people to spot these things so people at risk are more protected.

What are your plans for the future?

I’ve got the rest of university to do then another placement next year for 100 days. I’ve always been more interested in children’s [social work] because I’ve got more experience of it but that’s not set in stone. I don’t really know what I’m going to do yet!

What did you enjoy the most about your time at Savera UK?

Interacting with the clients. That was why I wanted to do social work in the beginning, to interact with other people and learn from them. I feel like I’ve learnt a lot from the clients themselves. For example, when we did the Violence Against Women workshop, they were speaking about the experience of violence they had and how they felt during that time and that to me was the most important thing, learning about how felt during the time and how they feel now and how that has progressed because of the help they’ve received and the help they’ve given themselves.

Thank you for your hard work Jennifer, you have been a great asset at Savera UK and we wish you all the best in the future.