Yesterday (Thursday, 14th July) Savera UK staff and supporters gathered in Liverpool city centre to remember those lost in the name of ‘honour’ during a ribbon-tying ceremony on the national Day of Memory.

The Day of Memory takes place on Warrington teenager Shafilea Ahmed’s birthday. In 2003 17-year-old Shafilea was murdered by her parents for refusing a forced marriage, and becoming ‘too westernised’ in the eyes of her family and community.

Savera UK was joined by speakers who discussed the importance of looking working to eradicate ‘honour’-based abuse (HBA) and harmful practices so we can look ahead to a brighter future for survivors. Savera UK welcomed Asylum Link Choir, who performed during the event at Pier Head.

Savera UK Chair Aislinn O’Dwyer chaired the event, and highlighted the importance of partnership working with institutions such as Merseyside Police, before introducing Chief Superintendent Ngaire Waine, to speak.

Chief Superintendent Waine explained the force works closely with Savera UK on cases of HBA and harmful practices, “both operationally and strategically” to support those at risk and bring about prosecutions.

“Strategically Savera UK has helped us doing cross-agency training on harmful practices and also sit on a strategic board about how we can raise awareness about harmful practices. I have to say that is one of our priorities within Violence Against Women and Girls programme of work because we get hardly any reports.

“I agree that is not because it’s not happening, that’s because people aren’t coming forward and don’t have the confidence, maybe just accept it, or normalise it in the communities they’re in. We’re keen at any opportunity to raise awareness, for those who understand it and those who don’t understand it, about what harmful practices are and what the signs are. If there is a victim it might be only one chance for us to intervene, particularly if people are going to be taken out of the country.”

Savera UK Founder and CEO, Afrah Qassim, also spoke during the event about the importance of marking the Day of Memory. She said: “This is the birthday of an ambitious young woman, Shafilea Ahmed, whose life was taken from her at the age of 17. 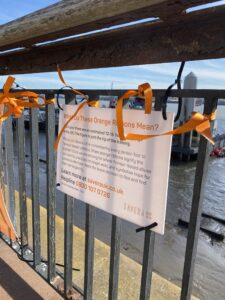 “She was killed in front of her siblings by her parents. The ‘crime’ she had committed was choosing education over marriage. Her birthday was chosen as the National Day of Memory, to remember her and all those who lost their lives in the name of so-called ‘honour’. Banaz Mahmod, Laura Wilson, Alisha Begum, Arash Ghorbani-Zarin, Samaira Nazir and many, many more.

“We want to remember to celebrate them all, they are not forgotten and on their behalf we are today speaking out, and every single day, we are speaking out.”

Afrah added: “It’s estimated there are 12 honour killings every year, and one every month here in the UK. There is between 8,000-10,000 forced marriages. However, charities like us on the frontline consider the figure to a drop in the ocean. The real scale we do not know.”

“It is an issue that can affect anyone.”

Savera UK Youth Advisory Board (YAB) Member, Ayo Folarin, read poems by herself and other members of the YAB written as part of a workshop after members of the youth programme discussed the impact of harmful practices with survivors. Below is her poem ‘Inspired by Maya Angelou’.

I wake up early morning and I feel like a hero

a rebellious piece of paper

Without knowing that I was a chaser

A chaser of dreams

A chaser for justice

A chaser for a great world.